We sit down for a talk about transitions with Shadiah Sigala, the co-founder of HoneyBook, a community and business tool creative entrepreneurs use to book new business and seamlessly manage it—all in one place. Shadiah takes us through her journey starting HoneyBook, going from zero to an award winning culture and venture-backed company, and how her latest transition, motherhood, and entrepreneurship can go hand-in-hand.

What we chat about: 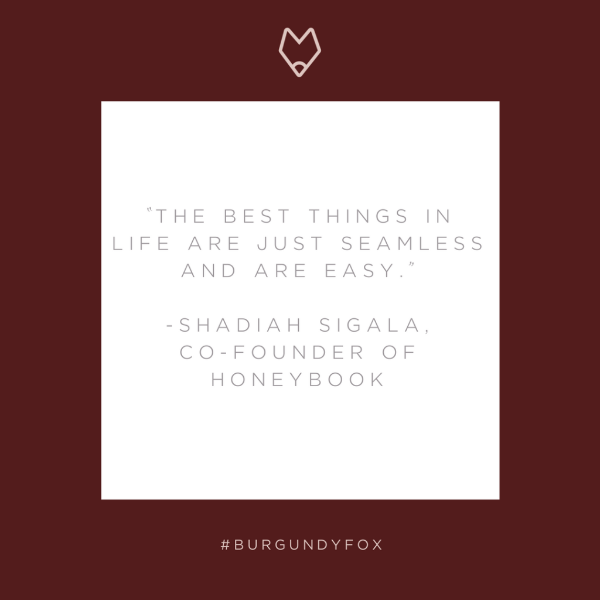 Links we refer to:

Shadiah is Cofounder and Head of People at HoneyBook. She has held various operational leadership roles at HoneyBook, from establishing the best-in-class Concierge support team, to installing a community-first marketing team, and most recently, amplifying HoneyBook’s famous culture through HR, talent and workplace operations. Prior to HoneyBook, she held roles at Activehours and Aetna, in addition to owning her own farm-to-table catering service.
Shadiah received a Master's in Public Policy from Harvard University and a Bachelor’s in Latin American Studies from Pomona College, breaking ground in her first generation Mexican immigrant family. Shadiah is keenly interested in promoting women and families in the workplace, and runs a professional women’s leadership group in her “spare” time.

Where to find her: